This Agent has been added to your list of favorites. 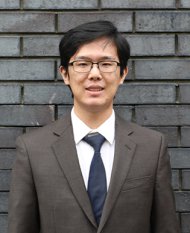 Book Me
LEAVE A TESTIMONIAL FOR JASON
×
SUCCESS

Jason In The News