The “true” Gramercy Park sits in between 18th and 23rd Streets, 3rd Avenue and Park Avenue South. Still, most New Yorkers refer to anything in the East Teens and East 20’s as Gramercy Park. By either measure, this petite enclave of stylish restaurants, chic nightclubs, and fashion photographers’ studios – is one of the most sought-after neighborhoods in the whole of Manhattan. Gramercy Park’s rental apartment supply is fairly limited, yet varied, including anything from old New York options (of the 1880’s) to the modern 21st century luxury additions, from luxury high-rises to warehouses converted into lofts. Every type of venue is to be found in the area – from great dining, after-work drink dives, interesting clothing stores to farmer’s markets. In the center of the neighborhood, from 19th to 21st Streets and Park Avenue South to 3rd Avenue, is the park that the neighborhood is named after, the only remaining “private residential” park in New York City. The area immediately surrounding the Gramercy Park is filled with landmarked townhouses and pre-war buildings of the 1880’s. Less expensive residential options can be found just outside these boundaries. 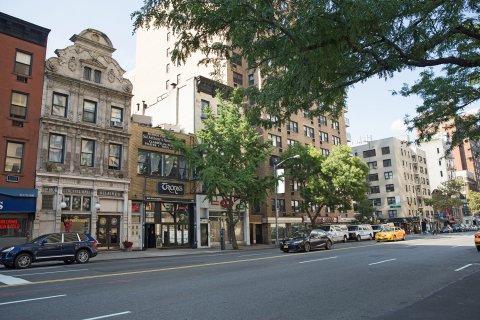