With a 1,000 square fee of rentable office space on the ground floor, the medical spa "Art of Natural Beauty Center (NBC)," located at 127 East 56th Street is now for sale.

Art of NBC is a premier medical spa offering a complete and comprehensive range of treatments using the most advanced and latest cutting-edge technologies and techniques available to date. This medical spa specializes in laser treatments, weight loss programs, skin & body treatments, beautification services along with a concierge type approach to medical aesthetics and medical care. The Business is set up as 4 professional offices and a gorgeous reception area. It was recently fully renovated to include, a new HVAC system, a sprinkler system and high-end finishes.

127 East 56th Street is situated in a popular Midtown East location. This area is well known for upscale clientele and very healthy business futures.
Employees who will commute to this office building each day have easy access to the Roosevelt Tram. Additionally, subway lines 4, 5, 6, E, F, M, N, Q, R are all near to 127 East 56th Street making it a breeze for your clientele to make their appointments.

With 5 years still remaining for the current lease, all utilities included, and 3% yearly increases, this handsome business is a great turnkey investment. Some of the equipment may be up for sale as well. 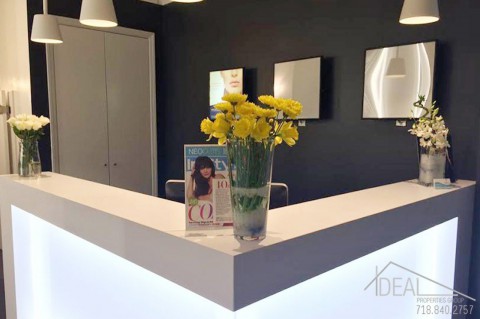 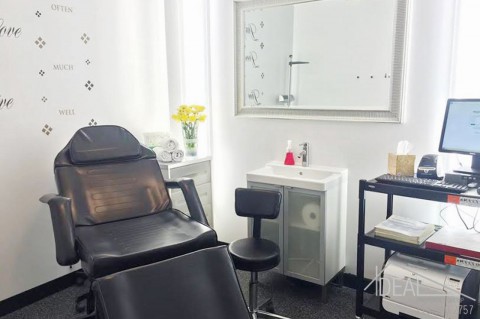