Wonderful 3 bedroom apartment for Sale in Clinton Hill. NO BOARD APPROVAL! SPONSOR UNIT NEWLY RENOVATED. Rarely Available The Largest Line in the Clinton Hill Co-ops.
This newly and totally renovated apartment has it all. a bright Junior 3 Bedroom featuring original Darkened hardwood floors throughout. The entire apartment has large all NEW windows with amazing South-western exposure providing an abundance of natural light. The apartment's layout features a large open living area, in addition to an integrated windowed kitchen with Ceasar Stone countertops, and white Oak Cabinetry, stainless steel appliances, and abundant cabinet space. The hallway leads to an over-sized primary bedroom with and a LARGE floor to ceiling closet. The second bedroom is equally oversized sized and also has a large closet. The bathroom has been nicely renovated with marble tile floor and all new white clean finishes. The third bedroom can be used as a guest room or office space.

Clinton Hill Coop has in-building laundry, bike storage, and 24 hours guard security.
Located in the historic landmark district, the Clinton Hill Coops are surrounded by the distinctive architecture of Brooklyn's brownstones and historic mansions. Just few blocks away from Fort Greene Park and Brooklyn Farmers Market, a short distance from the Myrtle Avenue corridor, De Kalb Avenue's Restaurant Row, Barclays Center, Atlantic Terminal, BAM and the Pratt University. Convenient to the G train, and just blocks away to the C train, this South Campus apartment is a fantastic opportunity not to be missed. Purchaser pays New York City and New York State Taxes. CV #C810687
Call, text or email today to see this excellent Clinton Hill apartment before your competitors do! 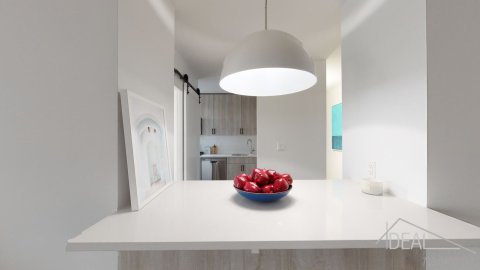 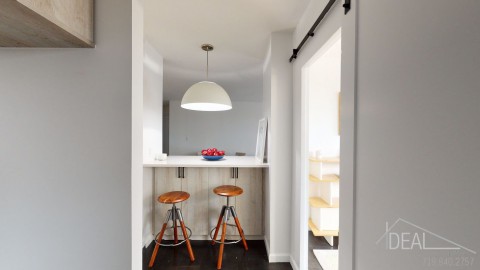 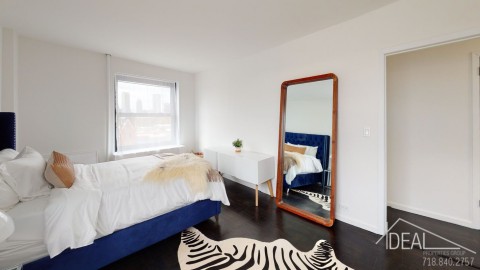 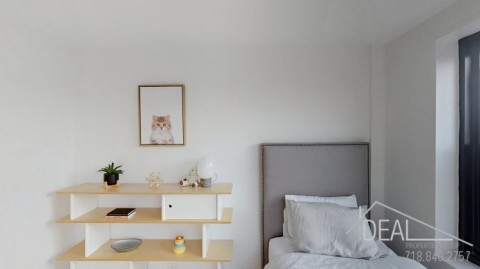