No fee.
South Park Slope on 12th Street
Need a place with great natural light, this is it !!

Location is terrific, near the 4th Avenue and 9th Street subway - F G trains - and Steves 9th Street Market for some of the best grocery pricing in the city.

The apartment is a top floor (no one living above you) railroad style unit with two exposures to the south and north. The kitchen is on the south end with two windows and great direct sunlight. It is a large kitchen with room for an eat-in-table. Dishwasher and lots of cabinets and counter space. Extra light from the kitchen spills into the living area also.

The Bedroom and extra den are north of the kitchen and living room, with the bedroom large enough for a queen bed and extra room for furniture. Two closets with storage also above due to the high ceilings throughout. The bedroom has a north three-part bay window with great views of Brooklyn and, again, great natural light.

Pets are welcome. Immediate move in. Heat and hot water included. Two new washers and two new dryers are in the basement, plus you have an extra storage cage, just for your use. Basement has its own under the stoop exit, so you may bring your bike out without passing back through the building. Call to see this great apartment right away. 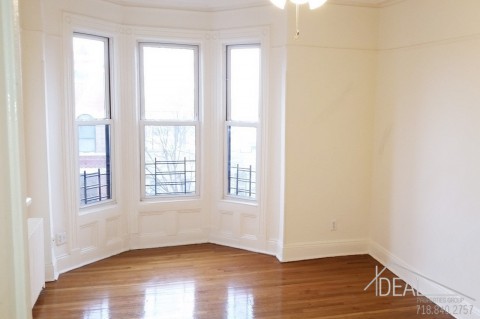 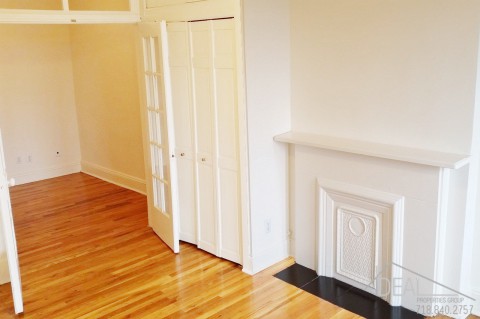