Residence 1A, a 2 bedroom/2.5 bathroom duplex is now available for viewing. At the very edge of Bedford-Stuyvesant, this spacious Bushwick condo has it all, from beautiful wide plank hardwood floors to white bathroom tile, noise-reducing windows, central heating and air conditioning, two private outdoor spaces, in-unit washer/dryer hookup, and a massive cellar space.

This first-floor duplex home is one of the largest condos on the market and offers the best value. The apartment is about 1,583 square feet, and features 2 massive bedrooms and 2 full bathrooms along with a powder room in the cellar. The 1st floor measures roughly 1003 square feet with the cellar offering 580 square feet of open space. With the kitchen separated from the living room, this is the perfect apartment for those seeking ample amount of space and ability to host many friends and family.

The homes kitchen features a Whirlpool & Summit stainless steel appliance package, which includes a 5-burner gas stove, large refrigerator, dishwasher and microwave. The kitchen also sports a plethora of counter and cabinet space. The kitchen is very functional and compact along with having a grey-ceasarstone island and breakfast car.

The master bedroom features a massive walk-in closet, multiple windows and an en-suite bathroom. The bathroom sports a beautiful vanity and large stand-up shower. The second bedroom is of great size, fits any size bed and faces the back of the building for extra quietness.

The oversized cellar can be turned into a home office, gallery, game room, storage, etc.

Owners will have private access to the 753 square feet backyard along with an airway for extra outdoor space.

With neighborhood rents continuing to go up, purchasing this unit makes it the best value out on the market today. Where else will you get over 1500 sq ft of space near train access and close to all the action of Bushwick and Bed-Stuy?

This is not an offering. The complete offering terms are in an offering plan available from 1008 Decatur LLC. File No. CD15-0313. 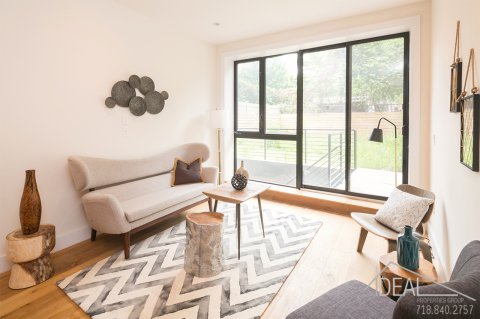 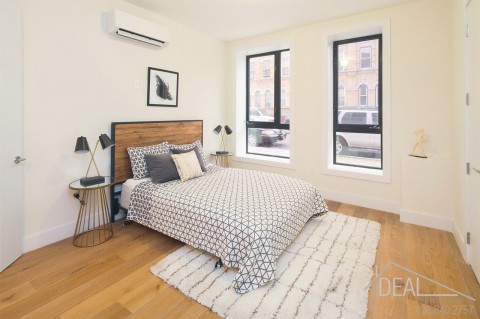 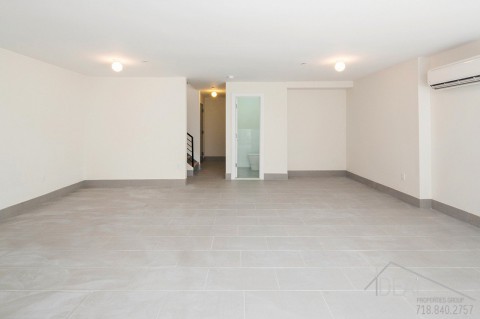