With exposed brick, modern finishes and an open kitchen & living room, residence 4WR at 242 West 104th Street is sure to turn heads.

Upon entering the apartment, the extended brick-walled gallery is perfect for displaying art and photographs. The rolling library ladder enhances the aesthetic while adding practical access to high shelves along the wall. The entry opens into the living room and kitchen where not an inch of space is lost.

Split bedrooms provide privacy and versatility, with one easily functioning as either a second bedroom or home office. The back bedroom features west-facing window, full closet and ample storage along one wall. The front bedroom offers double exposure via two south-facing windows and a third west-facing window and includes closet. Both bedrooms can accommodate a queen sized-bed as well as bedside tables and dressers.

The windowed bathroom is adorned with clawfoot tub, vessel sink and in-wall stainless steel fixtures. Throughout the apartment, hardwood flooring give the residence a solid feeling while high ceilings allow for air and light to flow through. Key fob entry and Siedle video intercom allows for remotely “buzzing in” guests and deliveries. In-unit washer/dryer ensures clothes are clean without having to leave the space!

Built in 1925, the Leola is a pet friendly elevator building with live-in super and below-market maintenance. Gift purchases, co-purchasing, guarantors and pied-a-terres are allowed. Subletting permissible after one year. Washer/dryer can be installed in the apartment (hookup in the kitchen). There is storage available as well as a bikeroom and lending library in the basement. The shared patio off the back of the building is perfect for summer barbecues or enjoying a relaxing evening after work. Pets are welcome on approval and washer/dryer installation is allowed in the apartments.

Anchored on a quiet block, 242 West 104th is a part of the long standing 104th Street Association which hosts an annual neighborhood block party and provides private block security. Riverside Park is two blocks to the west with Central Park four blocks to the east. Columbia University is ten blocks north. The 1 train is around the corner and the express 2/3 trains are a few blocks south.

Manhattan Valley is home to myriad restaurants, shops, and activities including Bank Street Books, Mama’s Too, Café Du Soleil and the Smoke Jazz & Supper Club. Trader Joe’s, Whole Foods, Health Nuts Market and Westside Market are all a few blocks away. Yoga To The People, Equinox and Soul Cycle are close by. 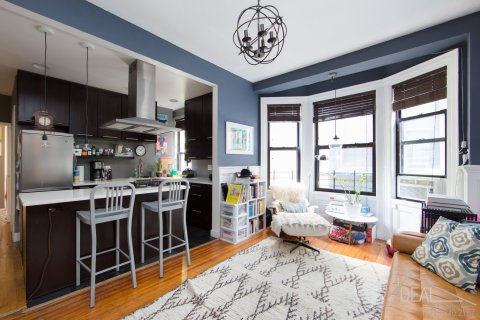 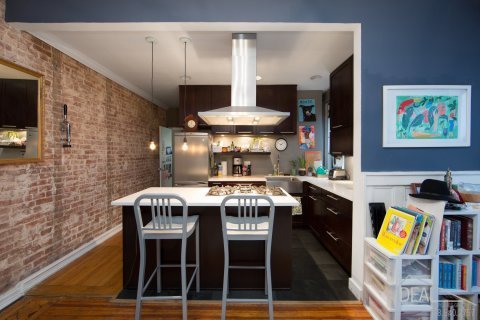 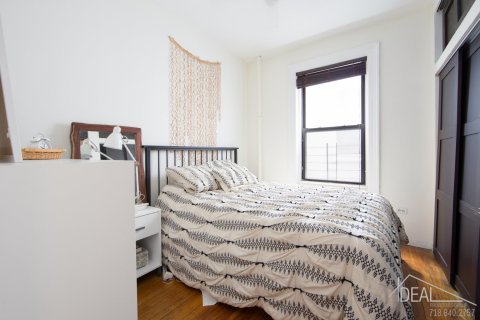 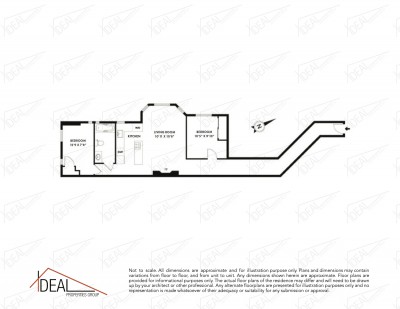