Enter the first floor of the apartment to find soaring ceilings over the open kitchen and living area, a large bedroom with private balcony, and a full bath. Upstairs, you'll find a spacious second floor loft area used as a second bedroom, another balcony with stunning sunsets and city views, and a second private entrance. The generous amount of square footage lends itself to easily creating more rooms. Enjoy this boutique condominium's low carrying costs and tax abatement until 2034.

Located on beautiful 16th Street between 5th and 6th Avenues in Park Slope, this amenity-rich neighborhood boasts great shopping and dining options as well as incredible Prospect Park just a few blocks away. 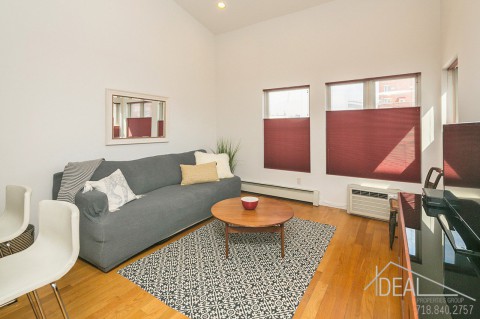 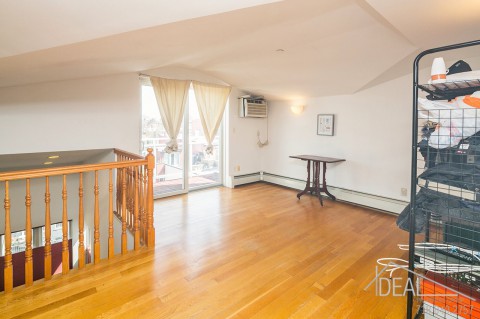