If you are hoping to find a perfect blend of Muray Hill living – being in the thick of a coveted Midtown neighborhood, yet coming home daily to a tranquil oasis – you’ll want to add this gem to your must-see list!

Hugging a corner of the building, with majestic 18-th floor views of the west and the north, this remarkable 2 bedroom 2-bath Muray Hill condo is an excellent find and sure to provide a much-needed respite from the hustle and bustle of Manhattan living.

In an unusually intimate setting (there are only 6 homes per floor!), this recently renovated home offers a sprawling living room (23 ft) in tandem with a private balcony. The owner felt that views alone would make living in this home worth the meticulous renovation that they undertook. We strongly agree! Not to mention: the living room is bathed in truly spectacular afternoon sunlight thanks to the double exposure (to the south).

With its granite countertops and stainless steel appliances, the kitchen is ready to welcome both a budding chef… and those of us who prefer takeout.  Dishwasher and microwave are sure to support your entertainment efforts in earnest, and ample cabinet space will keep all the kitchen goodies and gadgets away from sight.

Split for maximum privacy, the bedrooms are large and versatile. The master bedroom, brightly lit by a west-facing window, comes with en suite bathroom with a deep soaking tub, while the other bedroom can easily fulfill any role you’d need it to – as either a guest bedroom, nursery or home office.

Both bedrooms can comfortably accommodate a Queen sized-bed as well as bedside tables and dressers. An additional, full bathroom with stand-up shower, completes this home’s plentiful offering.

From the beautifully tiled bathrooms to the well-kept hardwood flooring, this lovely home has been exquisitely maintained.

Nestled in The Highpoint, a full-service building with a 24-hour doorman, concierge and live-in superintendent, this home’s building amenities further enhance its appeal. The Highpoint thrills its residents with a fitness center with swimming pool, health club, sauna, jacuzzi, cardio, weight and steam room. Fully renovated, the building sports a new lobby, elevators, its hallways graced with windows. As if that weren’t enough, there is common storage, bike room and a laundry room.

The Highpoint has a pet-friendly policy (pets under 25 lbs are welcome), so Fido and Felix may feel right at home too!

The location couldn’t possibly be better, with all services, dining, shopping and transportation right outside the building’s front door and its beautiful outdoor plaza (replete with a waterfall). To sum it all up, you’ll be living less than 5 minutes away from Grand Central… in a serene setting of a wonderfully sunlit home with amazing views. Call, text or email today for an opportunity to view. This home is already generating substantial interest! 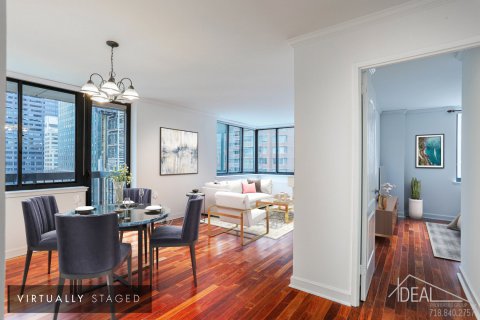 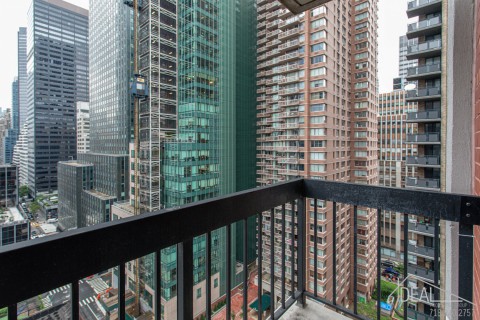 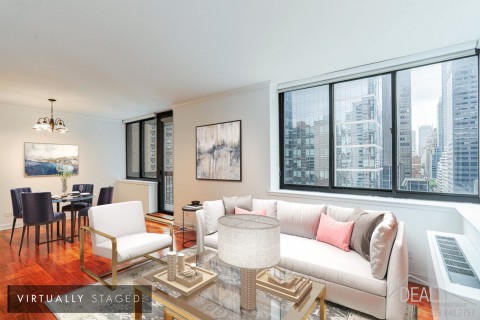