How can you be certain that this home is THE ONE?

- FLEXIBLE LAYOUT - On a full floor, this home offers an open concept floor plan with an expansive living room and formal dining area, and split bedrooms for privacy. It can be used as a 3 bedroom, or a 2 bedroom with a study, formal dining room, den or family room.

- KITCHEN - is absolutely stunning and the heart of this home. It is appropriately located at its center, and has the look and functionality for today's modern lifestyle. There are marble countertops, a mosaic tile back splash, custom cabinetry with tons of storage, and a huge center island with seating for six - perfect for entertaining. There are state-of-the-art Bosch stainless steel appliances including an elegant induction surface cooktop, and a separate combination built-in wall oven and convection microwave.

- CENTRAL LOCATION on one of Chelsea's prettiest tree-lined streets, a block from both the 7 and 8 Ave subways and crosstown bus, and the City's best restaurants, galleries, shopping and nightlife.

- KARMA - The current owners outgrew the space they adore. It's time for a lucky new owner to begin the next chapter.

- IT JUST FEELS RIGHT. Come visit in person and see for yourself. 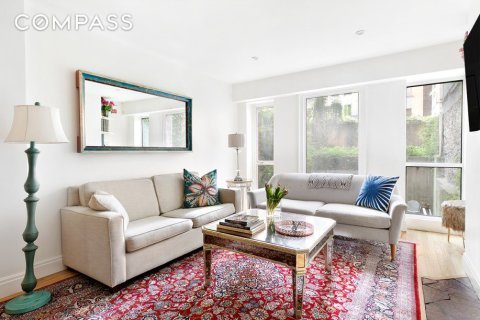 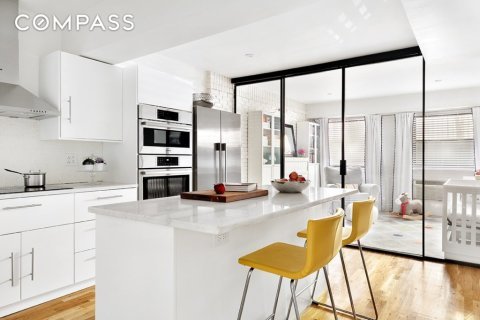 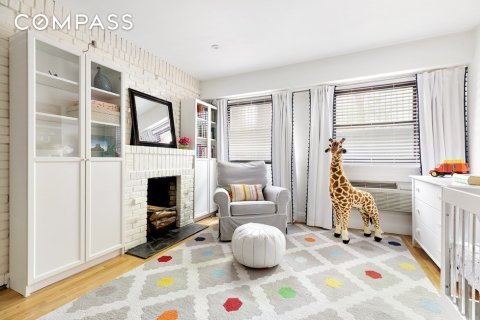 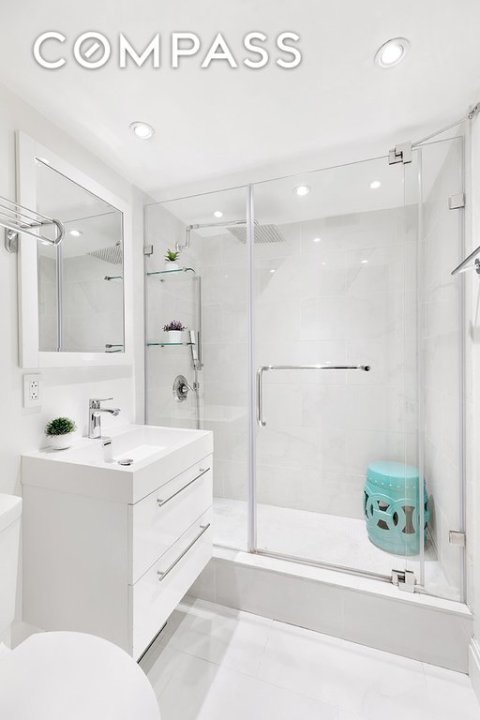 All information furnished regarding property for sale or rental is from sources deemed reliable, but no warranty or representation is made as to the accuracy thereof and same is submitted subject to errors, omissions, change of price, rental or other conditions, prior sale or lease or withdrawal without notice. All dimensions presented on any and all floor plans are approximate, and floor plans are compiled for spatial illustration only. For exact dimensions, please retain the services of your own registered architect or professional engineer.
﻿Listing Courtesy of Compass