37 Bridge Street, Brooklyn NY 11201
LOW FEE!
You can live in the most special building in Dumbo!

The unit itself is 1100 sq ft of pure beauty and is currently painted all white though out. This is the apartment of your dreams! Open your roll away door to use the extra half room, perfect for an office, den, child's room and more! The sun pours in through the over sized, industrial-inspired, west facing factory windows and expansively high ceilings give added oomph to already spectacular views ranging from the Manhattan Bridge to The Empire State. Bring out your inner chef in the open kitchen boasting clean lines, locally-sourced millwork from Avalon Custom Woodworking, baltic birch wood detailing and top of the line appliances. The larger room can easily accommodate a queen size bed and has a walk in closet. A single french door allows plenty of light to shine in through the enormous living room factory window. Enjoy conveniences/amenities such as an in unit washer and dryer and central heating/cooling and a virtual doorman.

Custom finishes compliment original factory elements and if any of your neighbors take up industrial soap making again, QuietRock soundproofing drywall in the walls and corridors make every space a virtual meditation room. Be inspired by glistening views of Manhattan and the Bridge and catch rays on the rooftop and 5th floor terraces. There are calories to burn in the airy fitness room and ingredients for that post-workout shake to be stored in the Fresh Direct delivery suite, also there is bike storage.

Commissioned in 1915 by Kirkman & Son Soap Company, 37 Bridge Street is the best looking 96 year old in Brooklyn. This stunning building is representative of the factory architecture of its time and remains a neighborhood icon. To this day, the original manufacturing cylices remain in the building! The well thought out design preserves the building's original silos, and elevating its raw spaces in celebration of its historic beauty.

The building earned an Award for Excellence in Rehabilitation and Remodeling in 2012 and you will see it was well deserved!
There's no doubt about it, this dream loft will be snatched up soon! Call Liz Galvin today for an immediate showing! 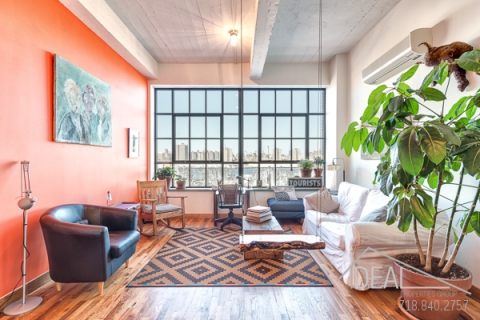 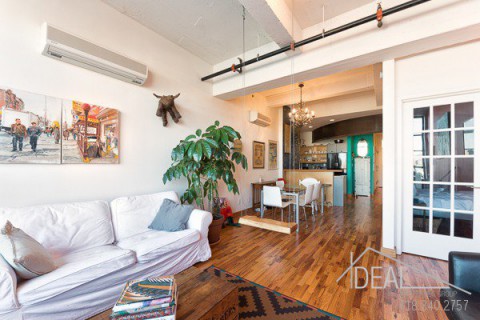 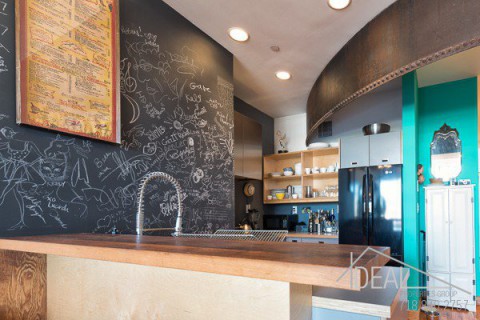