Arrive at this gorgeous loft-like top-floor residence by way of keyed elevator. You are greeted by a gracious open living, dining and kitchen concept set against a backdrop of sweeping urban views. The vast private north-facing terrace enjoys direct sun all morning in the summer and is the perfect entertaining extension to this exquisite home. High ceilings are supported by exposed steel frames and hardwood floors are beautifully finished in wide-plank oak. The hidden walk-in coat closet tucked behind a reclaimed sliding barn door waits providing ample storage and convenience.

Center around a true Epicurean’s kitchen with breakfast bar seating that accommodates five comfortably. White Carrara marble waterfall countertops complement the endless cabinetry and integrated stainless steel appliances including Bosch induction cooktop, oven and Fisher-Pakel refrigerator and dishwasher. The Island is complimented by the fully-vented chimney hood. The farm-style deep sink is set against an additional set of cabinets and stainless-steel countertop for the serious gourmet.

Located in beloved and charming Boerum Hill, be at the heart of Brooklyn, a few blocks to Downtown Brooklyn, Park Slope, Cobble Hill and Carroll Gardens, Brooklyn Heights, and Fort Greene. Enjoy every subway close by for quick and easy access to Manhattan. Endless shopping, dining, and entertainment options are right at your fingertips. 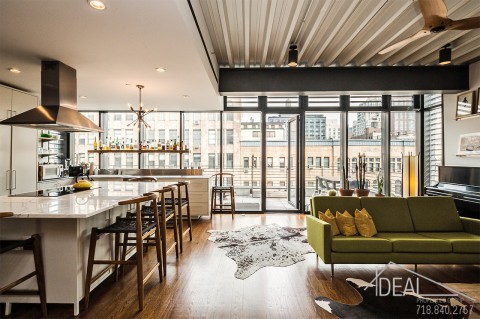 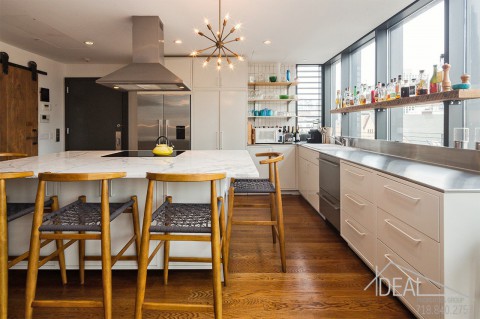 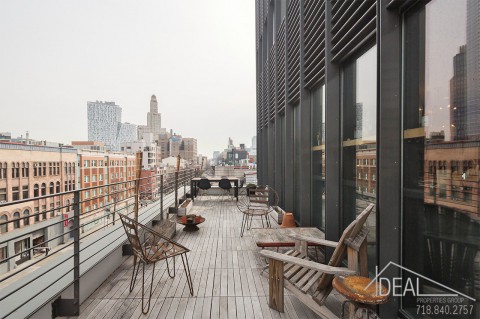