Welcome home to 491 Monroe Street.
Meticulously designed to complement the townhomes that give the area its classic Brooklyn charm, the residences at 491 Monroe are at once modern and classic. The building's lobby and corridors are designed to welcome residents and guests with visual intrigue and applications of rich industrial charm.

Striking interiors have been curated for ultimate comfort made evident in the use of the finest of materials and a call to exquisite design details.

Homes are further enhanced by zoned climate control heating and cooling, laundry closets with washer and dryer hook-ups and zoned ceiling-installed sound systems throughout living and bedrooms controlled by the mobile convenience of SONOS and pre-wired cable and Wi-Fi.

Red oak five-inch plank hardwood floors in a satin finish grace the 491 Monroe residences while full-height window walls invite light and air to play on the senses. Whether entertaining or relaxing, the rooftop provides its residents a welcomed respite graced with quintessential Brooklyn views all year long.
Exclusively represented by Ideal Properties Group
THIS IS NOT AN OFFERING. THE COMPLETE OFFERING TERMS ARE AVAILABLE IN THE OFFERING PLAN FROM THE SPONSOR 491 GROUP, LLC. CD#18-0025 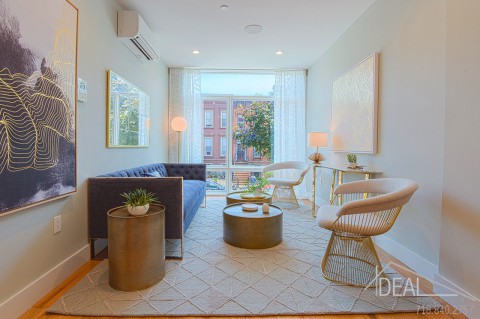 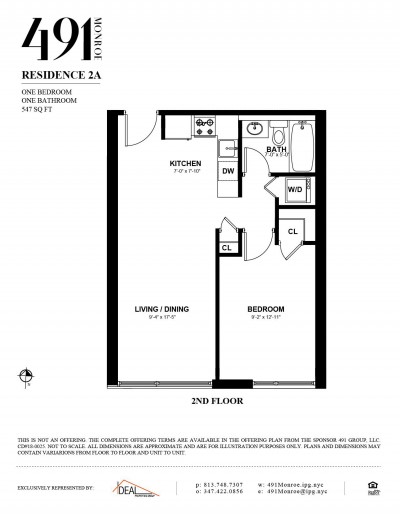