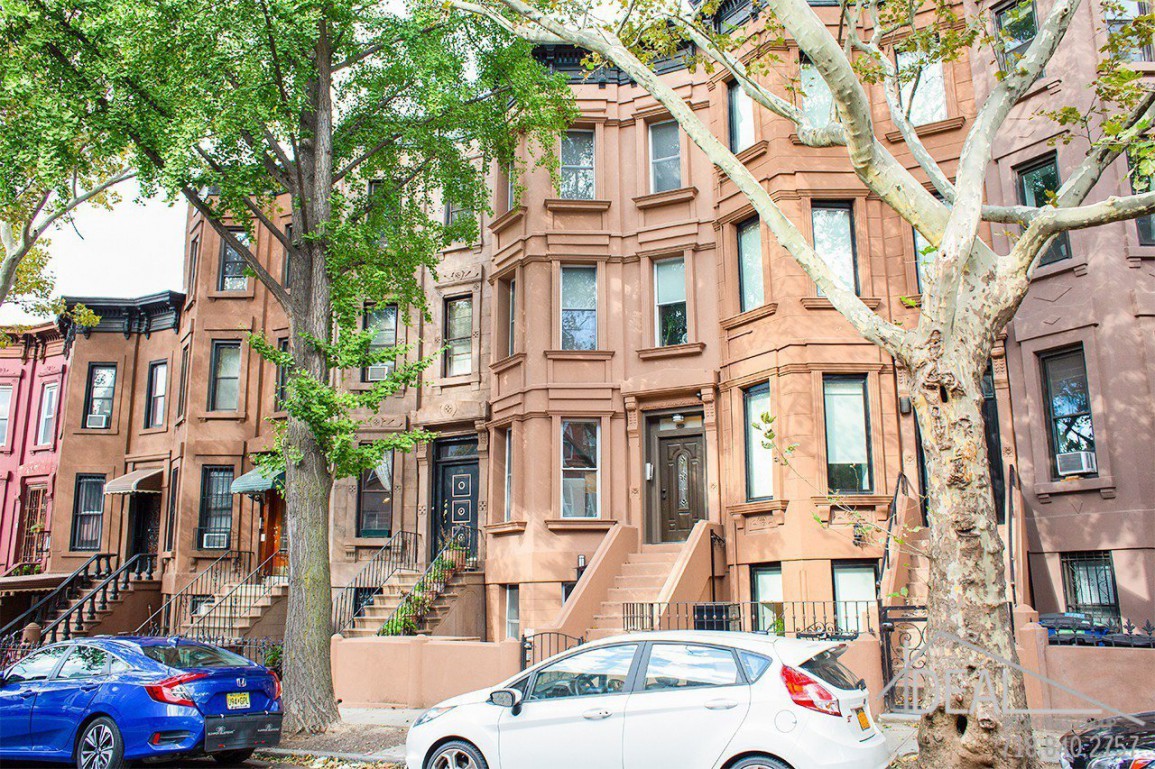 Anchored on a beautiful, tree-lined street between 4th and 5th Avenues in the heart of Park Slope in Brooklyn, 657 Degraw Street is a beautiful, three-family Neo-Grec brownstone, constructed with the craftsmanship and attention to detail of a bygone era. The townhouse's first and second floors feature a stunning duplex apartment with a private yard. The third and fourth levels each offer modern, light-filled floor-through one-bedroom apartments with rear-facing balconies. The full basement offers storage for use by the entire building. Each apartment boasts high-end kitchens with caesar stone counter-tops, stainless steel appliances, custom wood cabinetry, recessed lighting and video intercoms. Ductless air and heat systems warm and cool each room allowing for energy efficient control, as well as state of the art washer/dryer units. The south-facing exposure allow for fantastic natural light. 657 De Graw is a few blocks away from the Barclays Center, with endless trains at the ready for a short commute to any point in Manhattan and the rest of Brooklyn. The best of Park Slope's restaurants, boutiques, and amenities are all close by including Convivium Osteria, Beacons Closet and Bend & Bloom Yoga. Built in 1901, 657 Degraw rises 3 stories.

Synonymous with upscale, organic, professional, historic, elegant and coveted… is Park Slope, one of Brooklyn’s most coveted neighborhoods. Immediate proximity to Prospect Park and Park Slope’s sloping from the Gowanus Canal to Prospect Park are to blame for neighborhood’s name. At least notionally, Park Slope is divided into three smaller areas—North, Center, and South Slope, with both North and Center sections being the core of the sought-after fashionable refuge of many an expat Manhattanite. Brooklyn’s favorite playground, Prospect Park, borders and seeps into Park Slope: every Saturday, at the entrance to the Park, organic food connoisseurs revel in fresh offerings of a seasonal green market. Park Slope’s outstanding brownstones and fabulous restaurants, cafes and craft stores justify a visit on a lazy Sunday afternoon.